1. Use personalized medicine services. Get a lot of data about the state of your own body.

First of all, it’s various “omics”: genome, transcriptome, epigenome, proteome and metabolome. You can do a $100 23andme test, or a half million dollar analysis the way Dr. Michael Snyder from Stanford University did. He was measuring 40,000 his own biological parameters for quite a long while.

2. Participate in clinical trials of geroprotector drug candidates. Several pharmacologic drugs are now known to extend lifespan in animals. The time of human clinical trials has come. Another option for those who doesn’t want to participate themselves is to support such studies financially and organizationally.

3. Personalized science – treat your health as a scientific task. You should identify the existing and potential pathologies in your body and figure out a way to treat and prevent them.

Right now the elements of personalized science are used in treating oncological diseases: people do cancer cell genome sequencing and compare it to the genome of a healthy cell to identify what went wrong and led to the diseases. They also do experiments with the tumor by transplanting it into mice to identify the drugs that may work for the particular patient. This basically means that experiments are done to tackle the problem of a given person. To stay healthy it is a good idea to start fighting those diseases that haven’t yet manifested and try to avoid it.

4. Organize scientific research. Steve Jobs wasn’t treating his cancer during the first several months; he was relying on yoga and meditation. What he should have done was building an institute for bioengineering pancreas and liver and engage in scientific studies. There are a lot of great experiments that need to be organized, for example, studying integrated longevity gene therapy, or one can become a citizen-scientist and build a lab at home and test geroprotector candidates in old mice.

5. Be friends with people with no harmful habits, who are on low calorie diets, physically active and interested in science. Be yourself that way.

6. Create crowdfunding campaigns in the area of longevity. Researchers need a lot of money to do good science. Studies into the phenomenon of life extension and basic mechanisms of aging have paltry funding. We need to advertise the work of scientists that will save millions of lives with the help of crowdfunding platforms.

7. Increase your own competence. Knowledge quite literally extends lifespan. The mechanism of this is not clear yet, but maybe it is due to neurogenesis. New neurons are formed in our brains, but if we don’t use them to form new knowledge, they die. Perhaps it is best to study molecular biology, because this kind of knowledge can be applied to your own health.

8. Sign a cryocontract for neuropreservation and leave as much information about you as possible.

9. Promote the value of human longevity. Public opinion defines government policy. It is necessary to make the government realize the main right of every citizen – the right to live. Aging kills the majority of the people. Various social institutions have to understand this and start solving this problem.

What Should Be Done to Achieve Radical Life Extension? 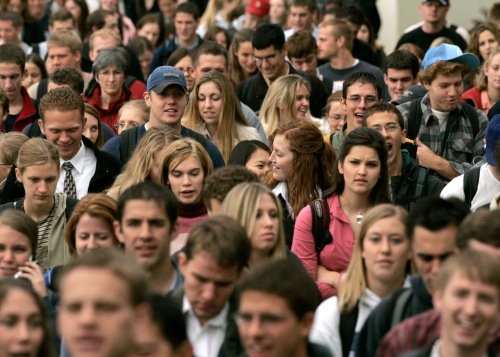 Theoretically the problem is already solved. It is now quite obvious what kind of research should be done for life extension. For example, testing various combinations of different things that extend lifespan in old mice. Particularly important is longevity gene therapy development.

Delivering 5-7 gene vectors simultaneously carrying longevity-associated genes into an old animal could prove to be quite beneficial, because similar approach already works.

It is also clear that there are several experiments in the area of therapeutic cloning that should be done immediately.

There are about 20 other research directions in the area of radical life extension. I’d like to just also mention implementing aging diagnostics into clinical practice.

There are approximately 50 labs in the states that move into the right direction. They could do much more if they had more money.

Well, it’s all about the money, but not really big money.

Transhumanists from all over the world have been trying to solve the mystery of how to secure funding for reaching physical immortality. The very development of science leads towards it, but this process is too slow, a lot of people may not make it in time. Our goal is to accelerate.

Right now it has become obvious how to find the money for radical life extension. It’s crowdfunding. 200-300 campaigns need to be created on various crowdfunding platforms on the topics of fighting aging and regenerative medicine.

Of course, we may not be able to find the necessary amounts of money right away, but we will be able to delineate the scope of goals, most importantly not using just the general words, but particular scientists, labs and research plans.

Even by only preparing the campaigns we will influence the society by once again providing the proof of the possibility of significant life extension. Unfortunately, molecular biology is not part of an every day’s person background. We will make people more educated, show them how diseases originate, progress, and how they relate to aging. We will also tell the people what can be done.

While working on the crowdfunding campaigns we will mobilize our supporters by giving them a concrete tool and a plan of action. Fighting aging crowdfunding will become a very powerful transhumanist organizational solution.

In the end we will gather the money, implement our projects and win!

If you are interested in bringing this plan to live, let’s collaborate. Every single project requires a manager, analyst, scientist, director, operator, a guy who owns a car and a guy who writes a lot about this on the Internet. There is work for everybody, so let’s do this.

For those who are interested how much it costs to get your full genome sequenced – the prices are above. This table comes from a great review article on cancer genome sequencing that I have written before. The table clearly illustrates the promise of next generation sequencing in terms of pricing. It’s getting more and more affordable. I think we will see full genome sequencing in the clinic as a routine diagnostic tool quite soon. This will mean more accurate diagnoses, hence better treatment for various diseases. Of course the application to cancer is the most obvious one when we can identify the genome mutations and changes in expression that lead to progression of the disease. More accurate diagnoses and treatments will increase health and longevity of millions of people.

Successful Results of Aging Research According to the Washington Post It is always nice to see articles about fighting aging in the major press sources. This article in Washington Post sums the most promising results in aging research so far. The most successful interventions include caloric restriction, metformin, acarbose, rapamycin, genetic modification and GDF11/parabiosis. I would say that the author has left out some things like melatonin and aspirin, for example. Also I wouldn’t suggest parabiosis as an intervention, sure it’s good for the old, but what about the young organisms? Some of their biological parameters become worse as a result of parabiosis. We wouldn’t want that effect in people, would we?)) However, pharmacological intervention based on the GDF11 is another thing that may work.

I was very pleased to see that gene therapy was among the proposed solutions. In my opinion it has enormous potential. We now know about 100 longevity-associated genes. Why not use gene therapy to either bring these genes into the organism, or increase their efficiency if they already exist. We could try various combinations of those genes and maybe the combinations can lead to synergistic rather than additive effect. But who am I kidding, additive effect would also be amazing if proven safe and efficient in humans.

Why Personalized Cancer Genome Sequencing is a Good Idea 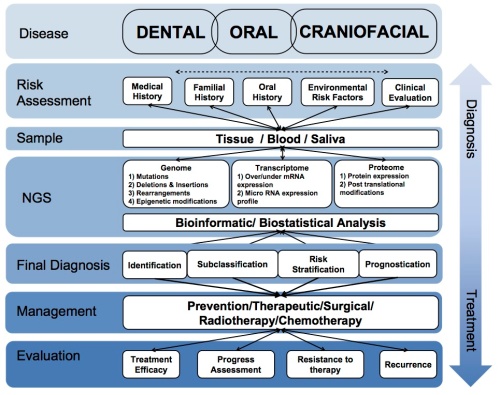 I have just read a very interesting paper on personalized cancer genome sequencing. I think this is a crucial topic in fighting cancer at the moment. There is more and more research data that can be translated into clinic and more and more papers talk about the relevance of personalized oncology. This review is called “Harnessing Massively Parallel sequencing in Personalized head and neck Oncology“. It has a nice picture that explains why it is a good idea to sequence your cancer genome and compare it to the genome of normal tissue. The article gives examples when next generation sequencing provided very useful data to the patients. Anyway, here is the abstract:

Advances in the management of patients with head and neck squamous cell carcinoma (HNSCC) have not significantly changed the prognosis of this tumor over the past five decades. Molecular heterogeneity of HNSCC and its association with HPV, in addition to the increase in the number of cancers arising in traditionally low-risk patients, are among some of the obstacles to the successful management of this group of tumors. Massively parallel sequencing, otherwise known as next-generation sequencing (NGS), is rapidly changing conventional patient management by providing detailed information about each patient’s genome and transcriptome. Despite major advances in technology and a significant reduction in the cost of sequencing, NGS remains mainly limited to research facilities. In addition, there are only a few published studies that have utilized this technology in HNSCC. This paper aims to report briefly on current commercially available NGS platforms and discuss their clinical applications, ethical considerations, and utilization in personalized patient care, particularly as this relates to head and neck cancer.