We know the drugs and interventions that slow down aging in mammals. The only thing that we don’t know is dosages, regimes and drug combinations. Defining all of that is the goal of pre-clinical and clinical studies. They can be started immediately. It is also a good idea to do clinical studies of various diets aimed at improving human longevity.

Dramatic aging deceleration will be achieved using gene therapy. Breakthrough studies of lifespan extension in old model animals happened in this area quite recently. We know the genes and delivery methods, now we need a set of powerful experiments aimed at radical life extension. The subject of the intervention will not only be the human genome, but the genomes of the human microbiota.

Rearrangement of how the genome works, as well as genetically modified stem cell therapy and therapeutic cloning can provide negligible senescence.

However, rejuvenation of the organism is likely to be competing with the idea and the very possibility of changing the body as the personality substrate to something else. It is likely that our goal will be not the youth, but creating a more advanced organism capable of solving the task of its own indestructability. 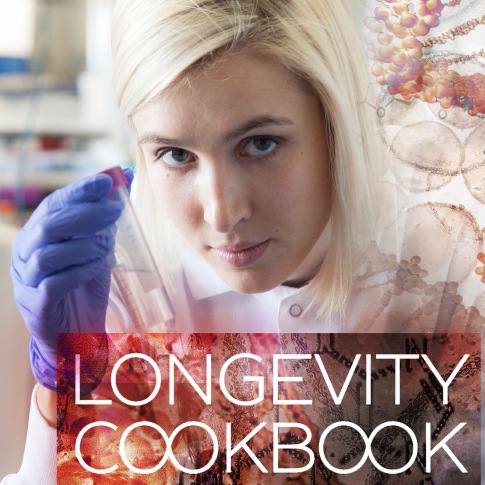 Something amazing has happened! We have launched our Longevity Cookbook Indiegogo Campaign.

Aging steals away your most valuable resource: time. The Longevity Cookbook is a strategy guide to help you get more time to experience the joy from everything that you like in life. Take yourself on a journey starting with nutrients and exercise regimes that goes on to exploring the usage of genetically modified symbiotic organisms and using gene therapy to boost your own longevity.

Contributing to ‪#LongevityCookbook‬ is the best way you can spend your money, because we are fighting for your life. Please, contribute and share the Longevity Cookbook campaign. Let’s defeat aging together!

Discipline Is More Powerful than Motivation

I know a bunch of people who support life extension, but they are very busy. They are going to first of all deal with their stuff and only then become involved in anything related to longevity. It’s just that there is always stuff to do every day. Meanwhile, life is passing by. We may be simply late. Late by 10 years, by 1 year, by only 1 day. There can be no situation more stupid than being late to buy «my life» ticket. There is so few people in our field. To fight aging you don’t really need motivation, you need discipline. You have to just force yourself. Simply force yourself.

Tagged as discipline, force yourself to do good, life extension, longevity, motivation 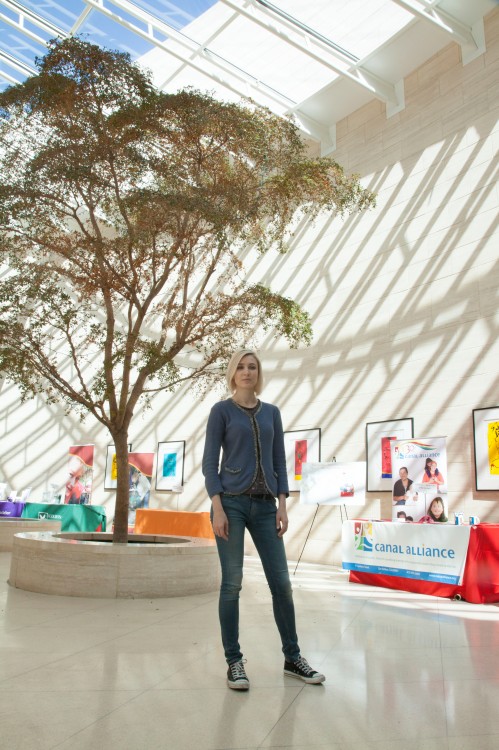 The most significant event in a person’s life is death. It changes everything. More precisely, it takes everything that a person had. If he was in love, he no longer is. If he was aspiring to pleasures, there will be none any longer. The world will be gone for the person. Every single neuron will disappear that was responsible for the wishes, desires, and feelings. We don’t realize this, but everything single thing we accomplish, we do so looking in the face of inevitable death. Death takes away the sense of a person’s life.

That little human being that you were once, who looked at the world with eyes wide open, got surprised, laughed, sometimes cried, this human being will cease to exist. Will disappear. Forever.

Death is the triumph of unfairness. It is bloodcurdling that everybody will die. Kids, olds people, adults, women, men. Every person’s life is a tragedy, because it ends bad every time.

Death is so horrible that a man denies the very fact of its existence to protect himself. He simply doesn’t think he is mortal or comes up with a unproven theory that there is no death whatsoever.

The inevitability of death is defined by the fact people age. Therefore, the most rational behavior will be to study aging, and to try to slow it down and stop.

In this picture I am standing in the middle of the hall in the institute where aging will be defeated. When? When there is enough funding. When there are large-scale scientific projects. When a lot of people understand that aging has to be eliminated without proposing any additional requirements. For now the majority of wealthy people approach developing a cure for aging as another investment project.

My whole like is devoted to fighting death. I have a very good plan. I only have to implement it.

Do Model Animals Tell Us Anything about Human Aging?

I wrote a tiny report on the pluses and minuses of using model  animals in aging research.

Using model animals in gerontological studies has yielded an enormous wealth of useful information about the mechanisms of human aging and longevity. Animal models were crucial in identifying the conserved pathways that regulate human aging. Model organisms are fundamental for aging research, because there are serious limitations of using human subjects, such as the length of lifespan, genetic heterogeneity and vast differences in environmental influences. The shape of survival curves represents the health of the organism over time. Model organisms display significantly different lifespans, however the survival curves resemble those of humans quite remarkably. Despite this general similarity in the way we describe aging between humans and model animals, there are some distinct differences (Mitchell, Scheibye-Knudsen, Longo, & de Cabo, 2015). For instance, increasing Sir2 gene expression in yeast (Kaeberlein, McVey, & Guarente, 1999), nematodes (Tissenbaum & Guarente, 2001), and flies (Rogina & Helfand, 2004) boosts animal longevity. A small molecule called resveratrol was found to activate Sir2 and its mammalian ortholog SIRT1 (Howitz et al., 2003). Resveratrol extends lifespan of mice fed a high-fat diet (Baur et al., 2006), however it failed to have a beneficial longevity effect in mice on a standard diet (Pearson et al., 2008). This example highlights the fact that we cannot simply transfer the results of longevity interventions to humans and expect the same efficacy as in invertebrate models.

Everyday the researchers are broadening the understanding of human biology of aging with the help of various model systems. Each of them has its advantages and drawbacks. Let’s take a look at what those are for the most widely used animal models.

END_OF_DOCUMENT_TOKEN_TO_BE_REPLACED

Transhumanism Strategy Boils Down to Choosing a Crowdfunding Project

First of all, let’s draw a line between a strategy and wishful thinking. There are plenty of wonderful transhumanist projects. A viral video, a global portal, attracting celebrities, proof that aging is a disease, convincing billionaires, educational programs, letters to politicians, civil actions, participating in elections, creating a strong community, clinical trials of combinations of existing age delaying drugs on animals, TV shows, Hollywood blockbusters, creating a political committee, conferences on transhumanist topics, scientific megaproject on life extension, cryonics company, crowdfunding, a lot of startups relevant to transhumanist topics, active use of AI elements in all areas and so on . The only question is how can we do all of this? Often, when a person gives advice that we need to do this and that, they have a feeling that they solved the problem. However, “this and that” won’t just appear by itself. There is merely a feeling that the problem is solved. This is how a person solves the problem of being involved in transhumanism by giving a piece of advice. It should be noted that all pure transhumanists projects either failed, or lead a miserable existence, or degenerated into something unreliable. END_OF_DOCUMENT_TOKEN_TO_BE_REPLACED

We’ve put together the survey on transhumanism strategy to reveal the inner discussion inside the transhumanist movement. Our goal is to inspire the people to act.

We believe the greatest sin in our field is wishful thinking. It’s when a person is saying that it would be good to do something, like for instance, to shoot a viral video, but at the same time this person is not doing anything. His or hers advice has to be implemented in real life somehow on its own.

We also tried to get away from discussing whether it’s going to be boring to live, what about overpopulation, and whether we should argue with nature or not. We can’t be talking about this nonsense forever.

We will take the liberty of commenting on the obtained results from 223 respondents and share our own opinion on the proposed questions. 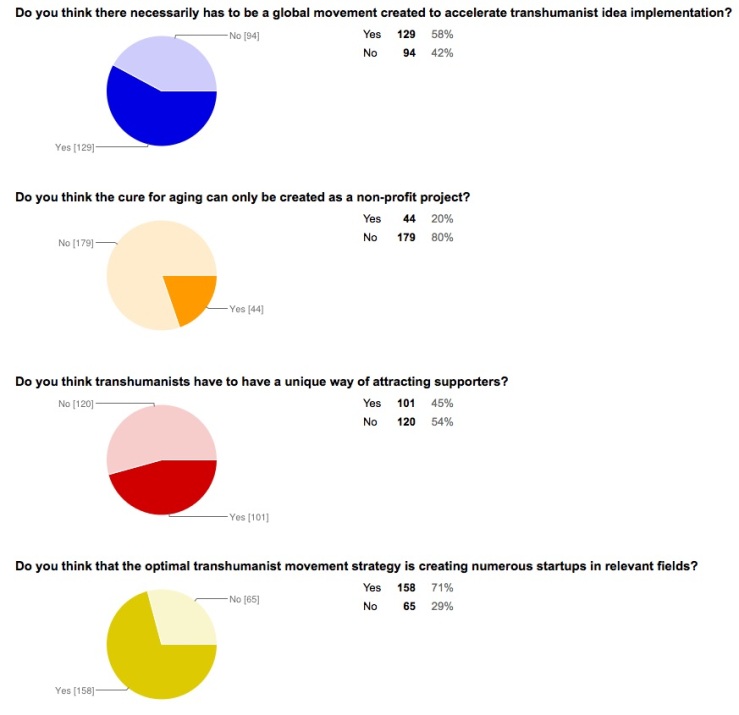 58% think a global movement is needed. I suppose we agree with it, but it’s not necessary that right now there have to be a lot of people. It is more important that the people understand the situation and the goals of transhumanism and are ready to act.

20% believe that the cure for aging can only be created as a non-profit project, and 80% think not necessarily. Our position is that only a non-profit initiative can achieve significant deceleration of aging. We’ve witnessed tens of commercial projects in life extension and every time the idea to earn money wins over the idea of living longer. Radical life extension idea is extremely complicated and burdening it with making money overcomplicates everything.