Open Science is Key in the Opinion of Paul Allen

Paul Allen, Microsoft co-founder, established the Allen Institute for Brain Science in Seattle in 2003. By integrating genomic and anatomic information, as well as sophisticated data search and viewing tools, the unique resources of the Institute offer researchers unprecedented access to details and patterns of gene activity throughout the brain. The information is stored in Atlases:

Most importantly, all the data is in open access. Allen says:

… we generate data for the purpose of sharing it. Since opening shop in 2003, we’ve had 23 public releases, or about three per year. We don’t wait to analyze our raw data and publish in the literature. We pour it onto the public website as soon as it passes our quality control checks. Our goal is to speed others’ discoveries as much as to springboard our own future research.

I think we’d get more bang for our buck by making more data more useful to more scientists—and, by extension, to the world community that will benefit from their work

Paul Allen is definitely brilliant. I believe, researchers in the whole world can benefit a lot by having open access to any scientific publication, clinical trial data or pharmacological company data sets they want. This could accelerate progress a great deal and make radical life extension much closer to reality. 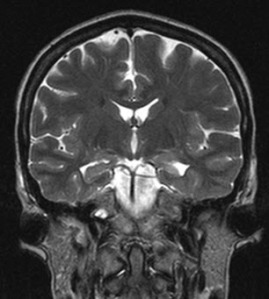 Stem cells taken from the brain of a 13-year-old girl were transplanted into newborn mice and developed into a variety of brain cells almost identical to the animals’ own — a procedure that someday could be used to replace the misfiring cells in some epilepsy patients, the researchers said.

Neural stem cells, immature cells that can develop into different cell types, can be isolated in the brain. In this study, presented at the American Epilepsy Society’s annual meeting, researchers isolated neural stem cells from a teenage girl who underwent surgery on her temporal lobe for epilepsy.

Those human cells then were infected with a harmless virus that turned them green so they could be identified under a microscope, and transplanted into the brains of newborn mice. After about three weeks, the human cells had taken the shape and form of the type of brain cells where they took root, the scientists said.

“That suggests that the transplanted human cells are integrating very well into this host circuitry,” said Dr. Steven Roper, professor of neurosurgery at the University of Florida. “At least some types of epilepsy are a result of abnormalities in the circuitry that makes up that part of the brain,” Roper said. “And a lot of these might be due to a loss of certain types of neurons in these regions … where the seizures start. If we could use cells to reconstitute those lost neurons, it might actually cure the epilepsy in some cases.”

The hope, says Roper, is that when people with brain damage undergo surgery, it may be possible to isolate stem cells from excised tissue. These could then be multiplied in the lab, turned into cell types from which the person might benefit, then returned to the brain.

Read the article in New Scientist 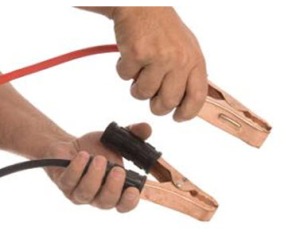 A new technique that jumpstarts the growth of nerve fibers could reverse much of the damage caused by strokes, researchers reported recently.

“This therapy may be used to restore function even when it’s given long after ischemic brain damage has occurred,” senior author Gwendolyn Kartje, MD, PhD and colleagues write.

Kartje is director of the Neuroscience Institute of Loyola University Chicago Stritch School of Medicine and chief of neuroscience research at Edward Hines Jr. VA Hospital.

There currently is little doctors can do to limit stroke damage after the first day following a stroke. Most strokes are ischemic (caused by blood clots). A drug called tPA can limit damage, but must be given within the first three hours for the greatest benefit — and most patients do not receive treatment within that time window.

Kartje and colleagues report on a treatment called anti-Nogo-A therapy. Nogo-A is a protein that inhibits the growth of nerve fibers called axons. It serves as a check on runaway nerve growth that could cause a patient to be overly sensitive to pain, or to experience involuntary movements. (The protein is called Nogo because it in effect says “No go” to axons.) In anti-Nogo therapy, an antibody disables the Nogo protein. This allows the growth of axons into the stroke-affected side of the body and the restoration of functions lost due to stroke.

END_OF_DOCUMENT_TOKEN_TO_BE_REPLACED

Poll – What area of life extension do you think offers the best perspective?

First step to preserving conciousness – Sebastian Seung: I am my connectome

One of the most intriguing topics in life extension is Neuroscience. In this amazing TED talk Sebastian Seung, Professor of Computational Neuroscience at MIT, tells a story about what may actually be our self – the connectome. The term reffers to the entity of all the connections between neurons in our brain.
Professor Sueng is trying to map the incredibly complex network of neurons by analyzing the images of thin slices of the brain and identifying neural patways.

I’d like to draw your attention to a couple of ideas that are bought up by the researcher.

First of all, he mentioned other people saying the task is too complex and it’s basicly impossible to accomplish. There! This is exactly what is constantly happening to people – they loose hope on solving really complicated problems. No wonder radical life extension is considered an impossible task to implement, but in fact it’s not. It’s just nobody takes into account the acceleration of the scientific progress and the exponential growth of knowledge.

Sebastian Seung says: “Some day, a fleet of miscoscopes will capture every neuron and every synapse in a vast database of images. And some day, artificially intelligent supercomputers will analyze the images without human assistance to summarize them in a connectome. I do not know, but I hope that I will live to see that day.” This is one of the technological challenges, but the problem is finite. There is a finite number of neurons in the brain and a finite number of connections between them. I have no doubt that the problem will be solved in the not-very-distant future.

The other issue is the importance of Professor Seung’s work to radical life extension. Consciousness is believed to be determined by the connectome. If we learn how to preserve our it after the death of the body then we basicly can live forever. Possibly, that can be done by uploading it to a computer. Mapping the neuronal network is the first step to preserving the most precious thing we have – our conciousness.

Low calorie diet and the brain

I am always very pleased to see new research results in the “misterious” area of neurophysiology of aging. One of the lastest is published in the July 28 issue of the Journal of Neuroscience. A group of scientists from the Washington University School of Medicine found that the mediator of diet restriction, SIRT1, helps mice survive when the food is scarce.

Researchers compared two groups of mice, one that had elevated levels of SIRT1 in the brain, called BRASTO, and a SIRT1-deficient group. BRASTO mice were much more active after fasting, also they were able to maintain their body temperature. Investigators link these findings to the role of SIRT1 in the hpothalamus region of the brain. During diet restriction SIRT1 enhanced the production of a specific neural receptor in the
hypothalamus involved in regulating metabolic rate, food intake and
insulin sensitivity.

This is the evidence of an indirect link between SIRT1 expression in the brain and life extension. Since SIRT1 seems to be one of the key mediators of responce to diet restriction, and diet restriction was shown to increase lifespan in different model animals, SIRT1 may contribute to life extension effect of low calorie diet. More information can be found here.