Aubrey de Grey at the iLabs Singularity Summit in Milan 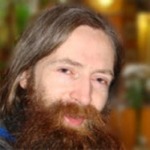 The iLabs Singularity Summit was held this past weekend in Milan, Italy – it’s always good to see more of this sort of event happening on that side of the Atlantic. There was a strong focus on longevity science:

Biological aging is a progressive, degenerative process. As a side-effect of the everyday metabolic activities, cells in our body are damaged: year after year, the cumulative effect of this micro-damage considerably diminishes the overall efficiency of the system, leading eventually to death. … We die mainly because of ignorance: we do not know how to measure our health, we do not understand completely the side-effects of our therapies and we can’t explain the complex interplay between mind and body.

Doing something about these technological and scientific inadequacies should be far higher on most people’s to-do lists than it in fact is – we all age, we all suffer the degenerations caused by low-level biological damage. We should all be highly motivated to deal with the problem before it sucks away our ability to live, and then kills us. Alas, the present state of affairs is far from this ideal, and most people do not know or believe that the defeat of aging really is within reach. But it won’t happen soon enough unless a great many more people work hard to make it happen.

Amongst the presenters at the summit was the familiar face of Aubrey de Grey, biomedical gerontologist, SENS Foundation cofounder, and outspoken advocate for the development of rejuvenation biotechnology.

See a video interview with Aubrey de Grey taken at the summt.

Don’t most businessmen want to live? 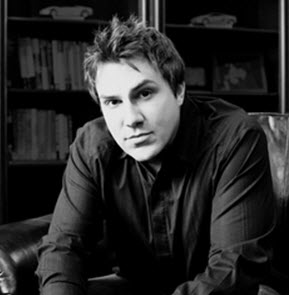 Funding of life extension research is extremely close to zero. It lookes like there’s just a couple of men interested in their own lives. The rest seems to want to die. One of those few smart businessmen, Jason Hope announced a half a million dollar donation to the SENS Foundation, a California-based non-profit organization that works to develop, promote and ensure widespread access to rejuvenation biotechnologies which comprehensively address age-related diseases.

“I have had great interest in the SENS Foundation and Dr. Aubrey de Grey’s work for some time now.  I believe their work is essential to the advancement of human medicine and their approach to the overall problem of human aging and its associated diseases (Alzheimer’s, Atherosclerosis, Diabetes, etc.) is the only way to go.  Their work and the work of others that they support will drive the complete redefinition and reshaping of the healthcare, pharmaceutical, and biotech industries as we know them today.  The advancement of rejuvenation biotechnologies is not only extremely important, but it is the future. I am honored to support the SENS Foundation in its efforts, and hope my support helps drive faster results for all of humanity,” said Jason Hope.

The donation was announced by SENS Foundation CEO, Mike Kope, at Tuesday’s ‘Breakthrough Philanthropy’ event hosted by the Thiel Foundation, in the Palace of Fine Arts in San Francisco – an event that was covered here on my blog this past week.

“We need to create an entirely new biotech industry. That’s why we created SENS Foundation: to be a credible catalyst for change; to be a public research and outreach organization devoted to the creation of a new field- rejuvenation biotechnology.  To that end, we are proud that our projects are capturing the imaginations of top tier collaborators in biotech and regenerative medicine.  Jason Hope’s donation is a major contribution, enabling us to build on our existing collaborations in 2011, and accelerating our progress in the fight against age-related disease,” said Mike Kope

“I enjoyed hearing a lot of great presentations at the Breakthrough Philanthropy event,” said Thiel Foundation chairman Peter Thiel. “But for me, the highlight of the whole evening was hearing about Jason’s bold commitment to defeating aging.”

SENS Foundation CSO, Aubrey de Grey, described the use to which Hope’s donation will be put:

“Arteriosclerosis – hardening of the arteries – is the main cause of increased blood pressure (hypertension) in the elderly, which in turn exacerbates major aspects of aging such as diabetes. It is caused largely by the unwanted accumulation of molecular bonds between the proteins that hold the cells of the artery in place – the extracellular matrix. The same process causes long-sightedness (presbyopia) and contributes to skin aging. I am delighted that Jason’s donation will fund our work on the pharmacological breaking of these unwanted molecular bonds, and the restoration of elasticity to the body’s extracellular matrix.”

There’s a very important conference going on this weekend in the USA. If you’re in California, please try to attend the Humanity+ @ Caltech: Redefining Humanity in the Era of Radical Technological Change on December 4-5th at the Beckman Institute at Caltech Los Angeles, California.

If you’re not familiar with Humanity+, they are a nonprofit dedicated to the ethical use of technologies to extend human capabilities. Some of the technology community’s leading scientists and engineers will be speaking at this conference to explain what their technologies are, what they can do, what effects they might have on us, and what the risks might be.

Here are some of the highlights:

•AI expert and professor Ben Goertzel believes that, with a focused research effort, AIs could be smarter than humans by 2020. Ben will discuss how we can get there from here, and what the architecture of such an AI would look like.

END_OF_DOCUMENT_TOKEN_TO_BE_REPLACED 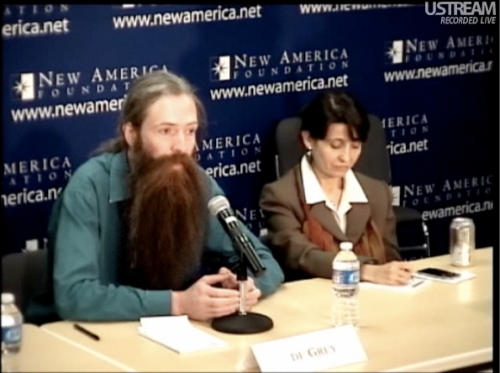 Yesterday, the New American Foundation and Arizona State University with help from the IEET’s Sean Hays and with Aubrey de Grey as a main speaker, sponsored a conference on the future of life extension and its global ramifications: economic, social, and political.

Will 250 be the new 100 in the foreseeable future? As we discuss on my blog, human life expectancy has made steady gains over the last two centuries, and anti-aging scientists are eager to trigger a radical extension in our life spans. How likely is such a spike? And how desirable is it to live to be a quarter of a millennium? These were the core questions that were addressed at the conference.

At the conference, Aubrey de Grey (IEET Fellow and Chief Scientist, SENS Foundation) said that “radical life extension is a turn-off to a lot of people, especially people on Capitol Hill, because they imagine it as people getting old and extending the frail and infirmed portion of their lives indefinitely. This is a pretty old understanding of radical life extension.” Aubrey de Grey argued that instead of maximizing the existing life expectancy with drugs and diet, using “regenerative medicine,” periodic repair of the mechanism, is the avenue to achieve real gains in life expectancy. He spoke against attitudes on the demographic consequences of life expectancy since the effects will only accumulate over the next century. According to de Grey, the policy we need to care about is making the case for more research monies for the biology and therapy of aging today, not dealing with consequences of having a society full of centenarians.

The  H+ Summit took place in Boston on June 12-13 at the Harward University Science Center. Here are some photos that I took at the meeting. Above pictured are the organizers David Orban and Alex Lightman introducing Andrea Kuszewski, who worked on enhancing the intelligence of the audience.